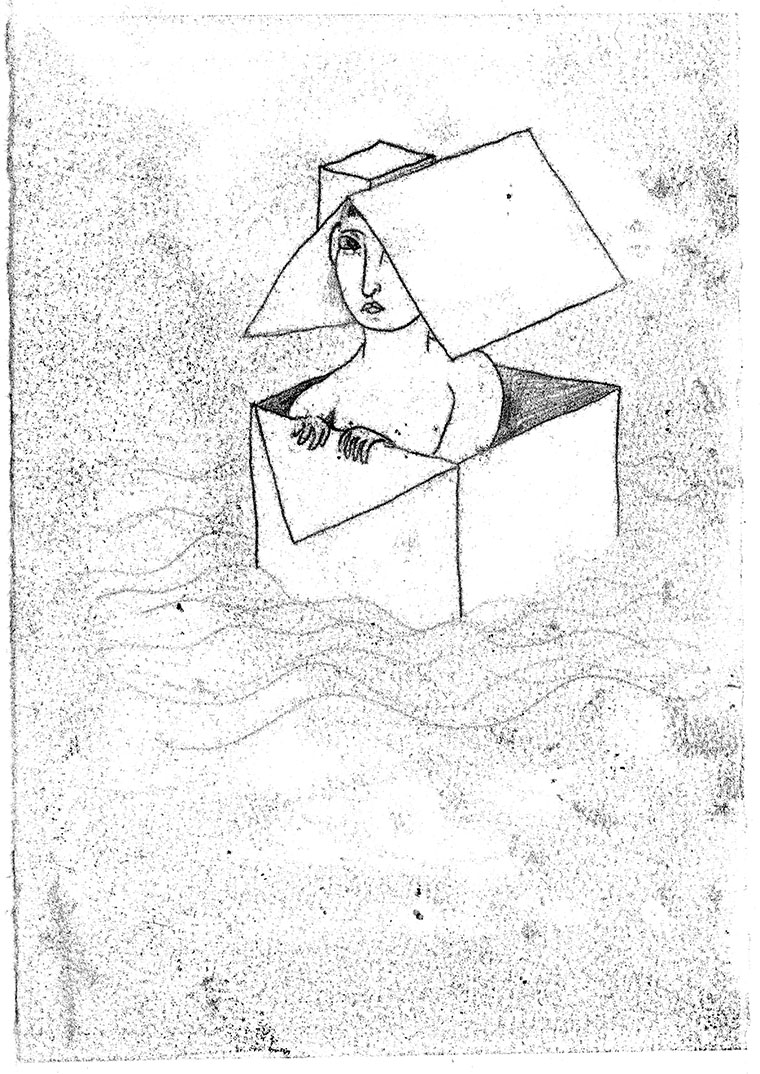 In the house / Dans la maison

When I got this tiny wooden house, it instantly awoke my curiosity. It wasn't just its external appearance which fascinated me. I wanted to know what was living inside it.

Therefore, I started to imagine all the possibilities to open this little object made by hermetic and strong walls. And I gave life to it. A poetic world began to emerge on the white pages of my sketchbook, characters appeared, interacting with the house, getting in and out, crossing it, navigating it... Then, during a workshop in Metz, where I went to experiment with etching, aquatint and monotype for the first time, I decided to use those new techniques for this project. I wanted to give to my drawings a particular dimension, and etching seemed perfect.

During two days, I released those few prints, which try to bring us beyond the reality, questioning us with humor and lightness about relationships such as inside/outside, inhabitant/habitat. Transformed into a boat, a train, a garden or a box, the primary function of the house is distorted. Inspired by the french photographer Gilbert Garcin, I played with scales, which strengthens the unusual and strange aspect of those etchings. 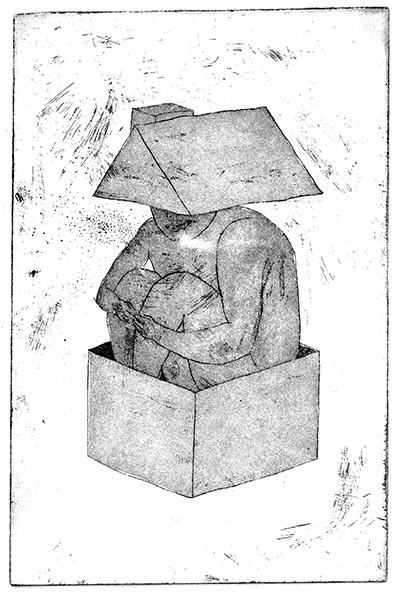 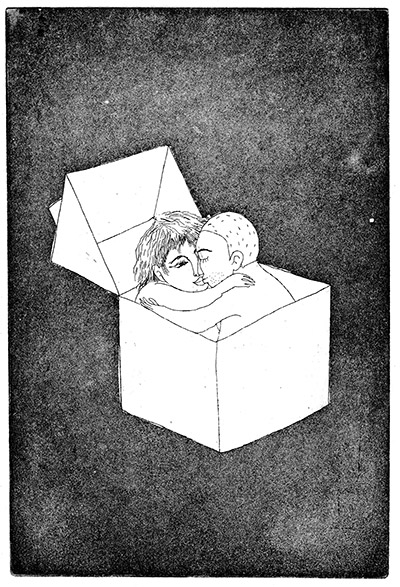